← more from
R&S Records
Get fresh music recommendations delivered to your inbox every Friday. 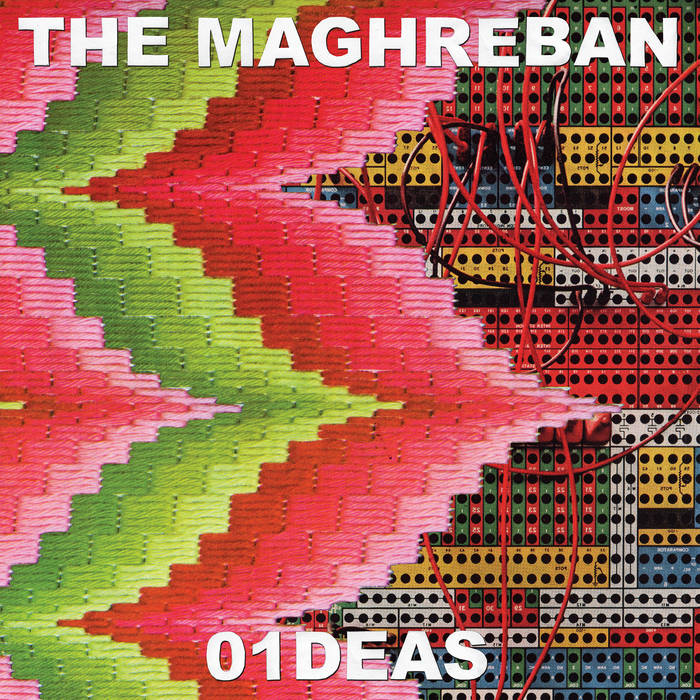 Scott Belluz An astounding range of beats and versatility of references on this album made cohesive by maestro Maghreban.

- R&S welcome The Maghreban for his debut album

The Maghreban aka Ayman Rostom is one of the most unique and respected beat makers working in house and techno today. His dusky grooves, heavy bass pressure and clanking drum breaks sound like they were dredged from the bottom of the river Nile, imbued with a maverick personality that shares kinship with the likes of Detroit’s Andres and Waajed, making him a perfect fit on R&S’s storied roster of pioneering outsiders.

In the past four years, he has released a slew of hotly tipped 12”s, mainly on his own label, Zoot, as well as French label Versatile and Bristolian beat mongers Black Acre.
Also known as acclaimed hip-hop producer Dr Zygote (also one half of Eglo’s Strange U) Rostom has gained a reputation as a producer's producer, garnering heavyweight tastemaker support from the likes of Benji B, Ben UFO, Nicolas Jaar, Trevor Jackson and many others.

After the extended clamour for a Maghreban long player, the wait is over as Rostom is finally ready to unleash his debut album ‘01DEAS’.  "The 12” format is great for the club, but I wanted to go a bit deeper with it, and explore different moods and ideas,” Rostom explains.

Packed with richly satisfying cuts, the album draws on the Maghreban’s usual musical themes; 90s Home Counties rave, '93 dark jungle, 80s Steppers reggae, Broken Beat, dark modal jazz, colonial Afro Rock and psychedelia.
Despite this eclecticism however,  it is the consistently seductive groove at the centre of his music that is the key to his music’s ability to entrance the listener.
"Growing up, I remember long car journeys with my dad, he always played a bunch of arabic music, Mohammad Abdel Wahab, Om Kalthoum, Abdel Halim Hafez, as well as Paul Young, Dire Straits, Bob Marley, Otis Redding” Rostom explains. "He used to drum on the steering wheel like a tabla with his palms and fingers - I think that definitely helped me understand rhythm and syncopation."
Rostom's love of analogue technology is another key feature of his music, his process often finds him sampling from cassette tapes, employing wheezing compressors, dusty mixing desks and antique effects devices to impart texture, warmth and weight, or as he has described it "The hypnotic sound of confusion”.

Throughout 01DEAS a dark mood is evident; "I make heavy, dark music  I think growing up with some arabic music allowed me to appreciate minor key stuff. And the Arabic music is big and dramatic. It’s one reason I liked death metal and hip-hop in my early teens alongside old hardcore/rave and jungle. It’s all heavy, head banging music. I’m usually trying to make the heaviest sounding thing that I can.”

Indeed it is a bit of teenage wish fulfilment for Rostom to be releasing on R&S “When I was around 11-12 and my brother and I started buying records, the R&S stuff stood out. The Beltram 12”s and EPs and Outlander Vamp were records we loved”.